Back in 2008, I had the opportunity to spend two months in Buenos Aires with a program called Road2Argentina. I lived with a host family, interned at a local business for a few weeks, and explored the city. I also had the great fortune to catch the tail end of some friends’ time studying abroad, and got to know the city through more experienced eyes, even meeting some locals along the way. I remember leaving with a feeling that I’d be back here one day, maybe to visit, maybe to live.

This Sunday, that day came. I am beyond thrilled to be back in BA, seeing how the city has evolved (lots more Starbucks) and retracing my 19-year old steps.

While most of the week was spent getting acquainted with my new apartment (that time I thought another balcony didn’t lock but then realized it was user error), my new neighborhood (cobblestones, cafes, cute), my new workspace (exposed brick walls, need I say more?), and a much bigger city. In a lot of ways, I feel lucky that I’ve already spent time here and can avoid some of the panicky FOMO that everyone else is going through right now…

First, I’ll say it has been a fairly easy adjustment. I love my apartment and neighborhood, despite graffiti being far too present (not the street art kind, either). We live in Palermo, a very trendy, village-esque part of Buenos Aires. We have two workspaces, both of which are super cute, have the most amazing coffee machines – for free – and are about a 20-minute walk away from home. The one thing that has been less than ideal is the weather: it’s much cooler here and is overcast or rains every day. Not letting it get in the way of fun, but I am missing the sunshine. And I miss my glorious Cordobese yoga studio.

Here’s how I spent my first week back in Buenos Aires:

Though spicy curry and a hot shower didn’t do much to stave off the cold I’m now fighting, reconociendo one of my favorite cities has been well worth it. I can’t wait for the week ahead, when I’ll get my first visitor and head to Patagonia!

My new digs: a studio apartment

One of the new workspaces, La Maquinita 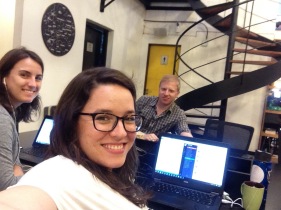 Check out that sweet spiral staircase

On the way to work… Street art is everywhere!

A cute little plaza by my place

View from my building’s roof. No pool, but it’ll do 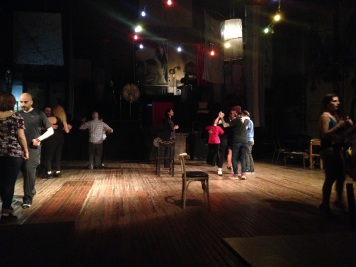 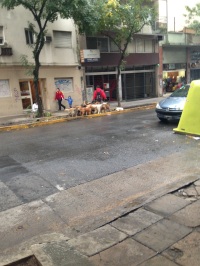 Dogs with not only owners, but walkers!

Kelly and I at Fuerza Bruta

Sam, one of our fearless leaders, entranced at Fuerza Bruta

The madness continues at Fuerza Bruta 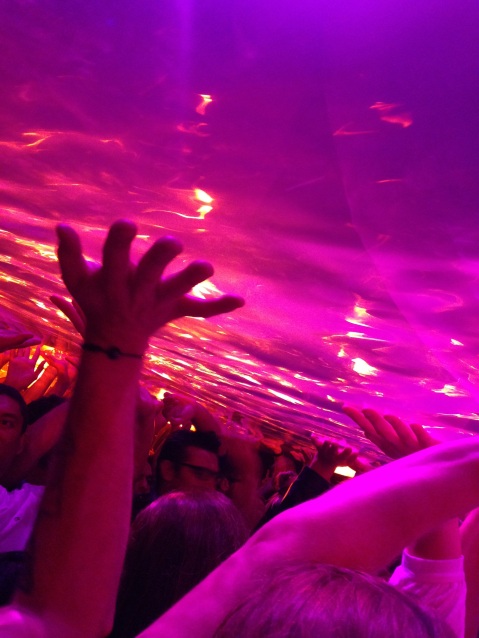 Melissa capturing perfectly how we all felt on Friday night: wet 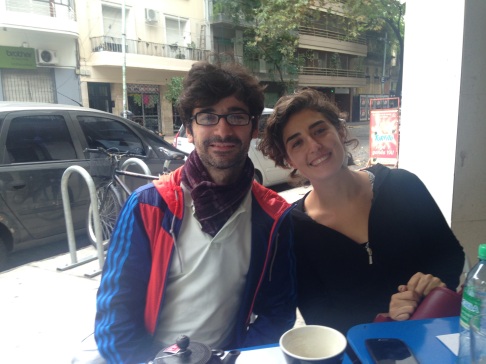 Building near San Telmo with Evita’s likeness on the facade

Bar Poesia with Adam and Brecht 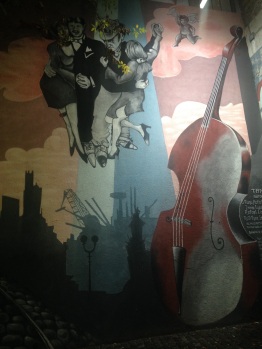 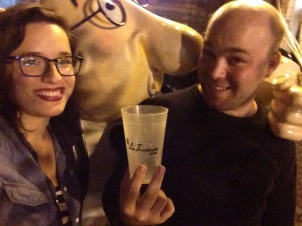 Brecht and I found cartoon characters 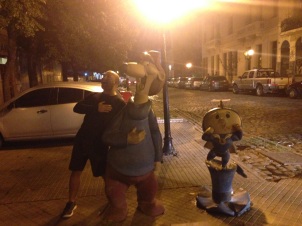 .. And decided to act them out 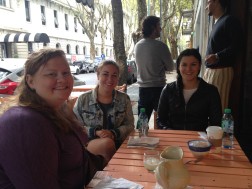 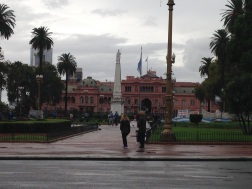 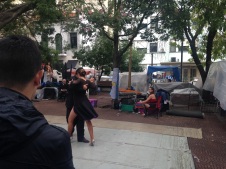 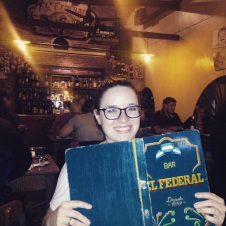 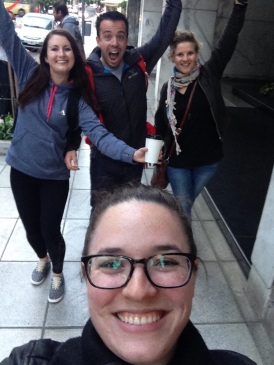 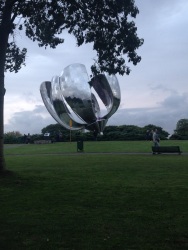 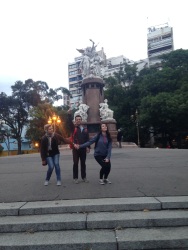 Tanya, Eric and Kelly at a plaza in Recoleta 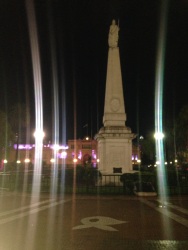 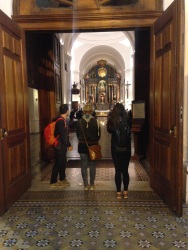 At the entrance of San Ignacio church, the oldest in Buenos Aires