We hit the halfway mark this week. Six months down on this crazy adventure, six months to go. Time is playing tricks on me: it feels like I’ve been gone a lifetime, and also like it’s flying by. Each month seems shorter and shorter, saying goodbye to a new favorite place seemingly having just arrived.

I’m used to this lifestyle by now – I think we all are. I’m productive, I’ve figured out ways to experience the places I’m living and adapt my schedule, I’ve shortened the time it takes for me to feel comfortable in my new digs. I’m trying to move past and cope with the denial phase we’re all in about this ending one day: I’m setting up monthly sessions called re:work for personal and professional growth and accountability within the group. The biggest thing I’ve got going for me is there are 60 other people in the same boat.

Arriving in Belgrade was easy. I live really close to the center and our workspace, the layout made me feel at home quickly, my apartment is sweet (except for our weirdo shower, which evidently you’re supposed to sit in). The city isn’t beautiful everywhere like Prague was; remnants of socialist times speckle the city with gray buildings. But, it does have a certain charm. The people are friendlier. The cafes are full of chain-smoking locals at all hours of the day and night. My landlord is also a restauranteur, quick to buy Arestia and I shots of rakija (the local drink of choice, similar to a brandy).

Here I am, in a country I never expected to visit, loving Belgrade! It’s probably the weirdest place on our itinerary, one that no one in our group has ever been to or expected to go to, and one we know very little about.

In the first week, I…

Four days later, I’m at home here and ready for a great Serbtember… And ready to leave for a week because Sean is visiting again!

We spend 24 hours in Belgrade, doing a walking tour around the city and learning about Belgrade’s amazing history between the Ottoman and Austro-Hungarian Empires and its part in the Yugoslav Wars (I’m still figuring this one out), seeing Novak Djokovic’s tennis academy, and doing an awesome food tour with GastroBalkan.

Then, it’s off to our fancy Russian sleeper night train to traipse through Eastern Europe. Up next: Budapest, Vienna and Prague.

..And Casey demonstrating the weirdo shower 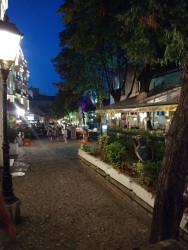 Entrance to our new workspace

Blaznavac cafe — so funky and cute 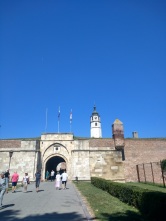 View of the confluence of the Sava & Danube

Lunch on the waterfront. Those are party boats on the other side!

On the Danube! I’m all the way in front 🙂

On Great War Island, which used to be a military rest-stop 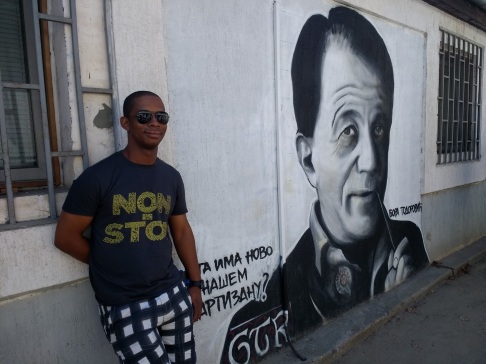 Sean in front of street art supporting Partizan, one of the two main football teams in Belgrade 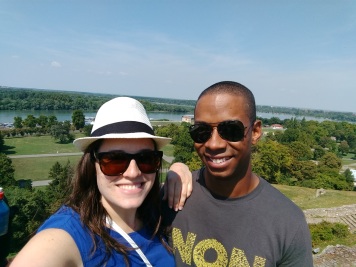 Sean and I overlooking the confluence 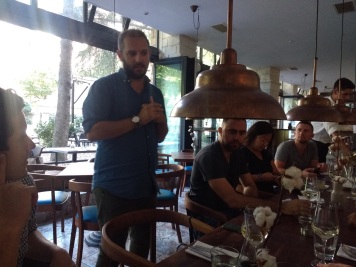 On our food tour with Uros of GastroBalkan, a highlight of the week!

Sean and I in front of St. Sava Church

Ice cream to close out our food tour 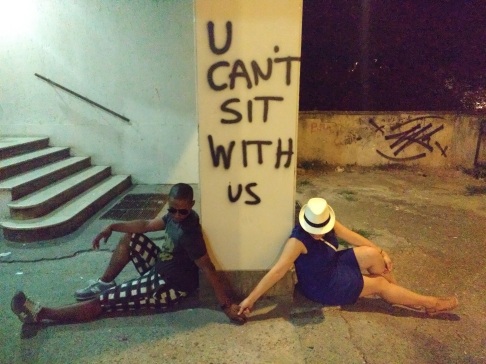 Some of the more direct street art in Belgrade