After a relatively pain-free 24-hour flight, I found myself catching an Uber to my hotel in Kuala Lumpur. Within ten minutes, the sky went from smoggy, hazy sunshine to straight up downpour. My driver expertly navigated the now-rivers while I smiled to myself: ah, Asia! The last leg of this crazy adventure had arrived…

Taking off the Training Wheels

I opted out of Remote Year this month for a couple of reasons: (1) I had friends coming later in the month and knew I wanted to travel around with them, and (2) I didn’t think I’d like Kuala Lumpur, so wanted to limit my time there. Opting out means you pay half price for the month and don’t get access to the workspace or accommodation – which was no problem in KL, since the infrastructure is great.

I settled into my apart-hotel, which I was sharing with some other Remote Year defectors that now go by the name Wellth Nomads, after a business idea they’ve all started working on together. Michelle, Ella, Eric, Shawn and I spent most of the week hanging out together before going our separate nomad ways.

Kuala Lumpur is a young city. It began as a British settlement in the mid-1850’s and has only really been a city since the ‘70s. It lacks some of the old-world heritage and charm of many Southeast Asian cities, but has one of the most diverse populations of any city I’ve seen. KL is made up of Indian, Chinese and Malay ethnic groups, which tend to keep to themselves (each with their own neighborhoods) but live together quite peacefully. It doesn’t seem like there’s any bad blood between KL residents, though I heard a bit about preferential treatment of ethnic Malays when it comes to schools, etc.

What KL lacks in history and culture it makes up for in food. As one of the culinary capitals of the region, KL has some of the best Indian, Chinese-Malay and Chinese food out there. I especially loved going to Jalan Alor, one of the most popular streets for street food, Old China Café in Chinatown, one of the oldest restaurants in the city, and Devi’s Corner, a popular spot for Banana Leaf. Banana Leaf is basically different meats and sauces served on a big banana leaf traditionally eaten with your hands, and when you’re done, you just fold the leaf over – no washing dishes!

Other highlights for my week in KL included:

This week marked the beginning of the 11-12 hour time difference I’d have with New York for the next four months. I started getting used to working when no one else was online, which actually ended up being really nice! It’s amazing how productive I could be without distractions.

I do end up taking calls between 9-12ish, which took some getting used to as I was so tired/jet-lagged. I’m sure I was babbling and making no sense on at least a couple of the initial calls, but I’m definitely grateful that I’m not part of the full-on graveyard shift crew. Some client-facing Remotes are working 9pm-5am, and I have so much respect for the fact that they are still employed, on Remote Year, and not total hermits/sleeping all day.

One of Michelle’s acquaintances has been living in KL for several years, and we had a great time learning about the city and having some local experiences with her. One of the coolest things we did was take an epic mountain biking trip in the jungle. Kuala Lumpur is so modern and city-like that it’s crazy to drive less than an hour and be in mountains and jungles.

The biking combined with the heat & humidity was a little challenging for me, and I ended up walking at times (hello, remember when I ate my body weight in meat and beer for the last 3 months?), but it was still super fun. We got muddy, tried to avoid the mosquitos, and lamented over the lack of a city view due to heavy fog.

This day also happened to be the U.S. Elections, and we all watched in shock and horror as the clock crept to midnight on the East coast and it became more and more certain that Donald Trump was going to win the presidency. The election season has been so crazy, and being an American abroad has been interesting. On the one hand, I was glad not to be in the U.S. during this time to witness it all firsthand, but on the other, it’s all any foreigners wanted to ask us about. Malaysians seemed a bit nervous about Trump’s election since many of his foreign policies would impact this region.

KL was a nice entry point to Asia, I suppose. I loved the amazing food and luxurious experiences like the helipad. I didn’t love the rain, how not walkable it was, the traffic, or the air quality. I can see why travelers who visit for just a couple of days would think that KL has nothing to offer, and I can equally see why expats enjoy living there for years at a time. I’m happy to have spent a week in this bustling metropolis… And was equally happy to hop on a plane and go to low-key Bali for the following week. 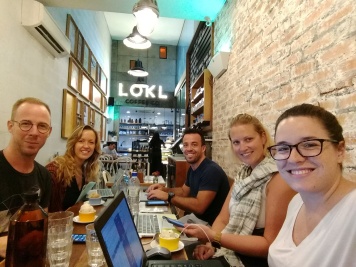 Working with the Wellth Nomad crew at Lokl 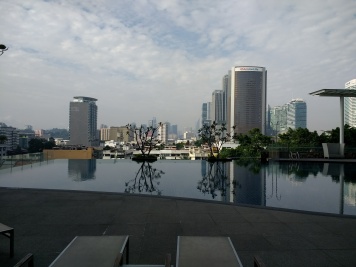 View from my apart-hotel rooftop

The best beef jerky ever 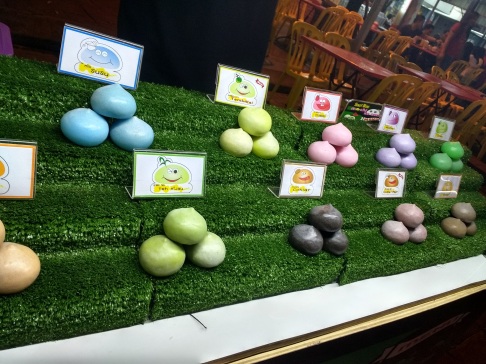 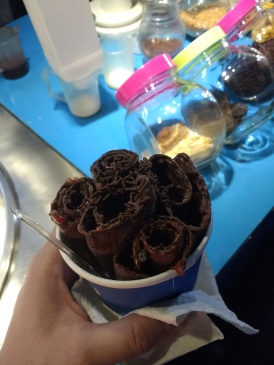 Mid-bike ride, sweaty from the heat and humidity

Ready for our epic bike ride 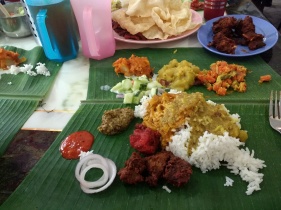 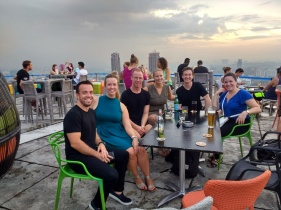 The crew: Eric, Michelle, Shawn, Ella, David, and me 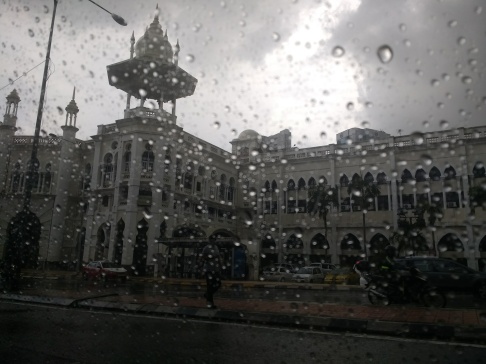 Covered up at the National Mosque

A better view of the railway station 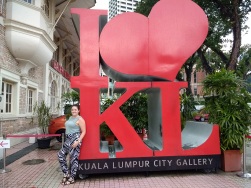 The Remote Year crew at Omakase, a speakeasy

Dancing the night away at Reggae Mansion 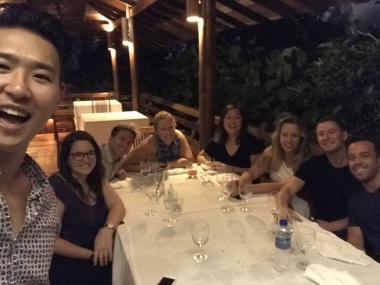